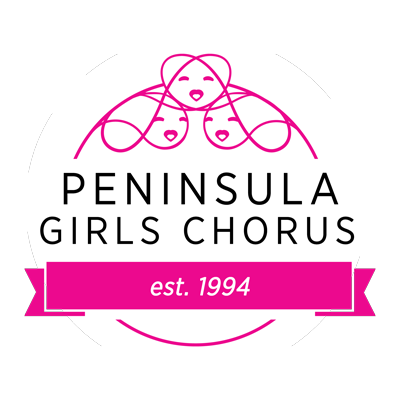 Touring and choral festival participation are important facets of the Peninsula Girls Chorus program. Singers gain valuable experiences through performing for unfamiliar audiences and under a variety of circumstances. Through repeated performances, singers experience a more profound knowledge of the repertoire, and they grow as individual musicians and as a cooperative ensemble. Choristers also forge new friendships and deepen current bonds through days of fun and hard work “on the road.”

Touring and choral festival participation provide great benefits to the PGC organization as a whole, both immediately and long term. Tours create relationships with directors, choristers, and composers from around the world, and the perspective and reach of the choir is expanded on the national and international stage. Particularly for festivals, our choirs have the chance to prepare and hear new and different repertoire and observe different ways of running a choir.

It is our that each chorister who progresses through the program will have an opportunity to participate in at least one tour.

The Tour Choir has participated in the following tours:

The PGC Tour Choir continues our long tradition of touring with an international tour to Spain in the summer of 2023. We will be participating in the Festival for Women's and Treble Voices in San Sebastian, Spain June 23-38.

Where we have toured